Baby Kittens Are Here... (and other crafty stuff that is not as cool as baby kittens) 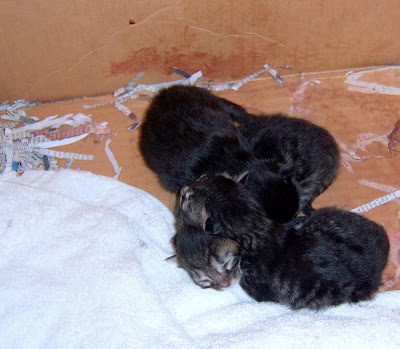 And they are as cute as I knew they would be. Roxy had three ... yep, three.. baby kittens last night. We are not quite sure what time (This would be another great excuse for quitting my job so I could stay home and wait for the stray cat to have her kittens... alas, I don't think that is going to happen anytime soon). When I went home for lunch she was still packing them around in her little oven, but when Dustin went home at 5:00 she had already had them and cleaned them up nicely. Did I mention how adorable they are? So tiny! There are two that are going to be tabby like she is and one that is jet black.

If this was any test as to what kind of a father Dustin will be, I'd say he passed with flying colors. He went out to check on Roxy and the kittens every hour (he would have done it more if I would have let him). He kept her food and water dish full to the brim and even treated her with whole milk that he bought special for her. He made sure to give plenty of loves to Roxy and tell her what a good mama she is. Trust me, it was adorable. Plus, he had spent so much time and energy getting the perfect spot ready for her to have the babies in. You already saw the box he made. But the neighborhood kids wouldn't stay out of it so he devised a new plan. We have an outside storage closet that we don't use. So he screwed in two screws with loops on the heads, one in the frame and the other in the door, and locked them together. It makes it so the door stays open and can't be accidentally closed and it is open just enough that Roxy can go in and out as she pleases but neighborhood kids can't. It worked perfect and Roxy loves her little house where it is safe from kids and other cats.
We tried to switch out the bloody towel with a clean one, but that caused great panic with Roxy. She wasn't having it since it didn't smell like her kittens. We just left it the way it was and figured we swap it out later. I just love the cute little kitty cries the babies make! Oh, they are so cute! 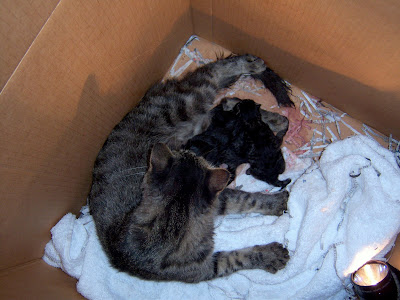 News in the crafting department is consisting of cards. Lots of them. Talk about mass production! If you are in my family, you will be receiving one of these shortly so I didn't want to show all of the card. I tried to leave a little bit to the imagination. Hope everyone enjoys them. I still have 3 more to make and then I will be sending these out in the mail. 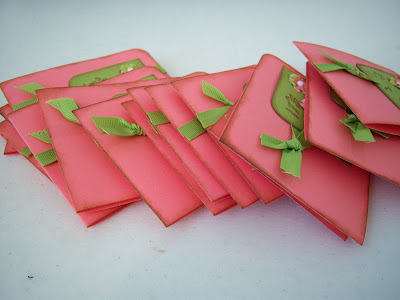 This is the card that I made Dustin for our anniversary. He said that it was "my best card yet!" but I think he was only saying that because it was very manly and not pink! He is really good at telling me everything I make is fantastic! 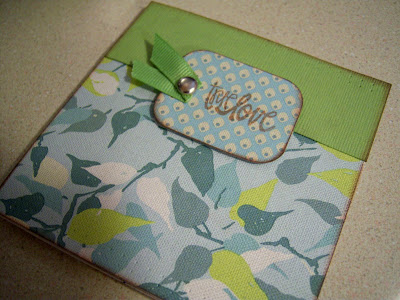 Adorable kittens! I love the cards you've made. I'd love a card making tutorial. *wink wink*

yay! congrats on the new arrivals (and thank goodness that you live so far away from me or else we'd probably take one of those off your hands :)