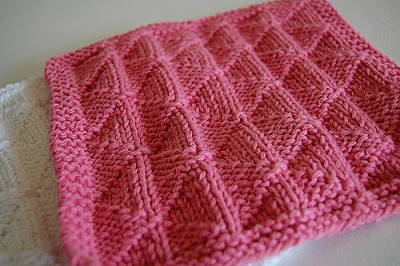 I decided to switch it up a little in the knit dishcloths area and branched out and tried a new pattern. And guess what, I actually liked it! Let's hope the recipients do as well.

This pattern is called "flying geese", which is based on a quilt pattern! The flying geese quilt block was used during times of slavery. The block was used as "a signal to follow the direction of the flying geese as they migrated north in the spring. Most slaves escaped during the spring; along the way, the flying geese could be used as a guide to find water, food and places to rest. The quilt maker had flexibility with this pattern as it could be used in any quilt. It could also be used as a compass where several patterns are used together." Pretty cool, hunh? If you would like to learn more about other quilt blocks and the symbols behind them, check out this website. 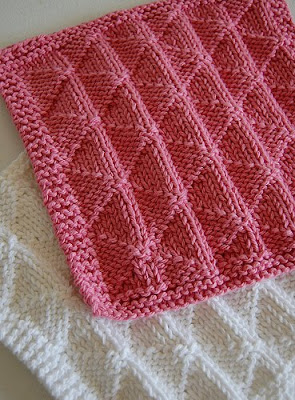 Pattern can be found here for free.

The flying geese as a knit dishcloth looks great!

Thanks for the history lesson. I had no idea there was such history behind that quilt block and I loved learning about it.

that is such a cute pattern and pretty cloth. Our dishcloths are getting old and faded, so I should probably make some more soon.