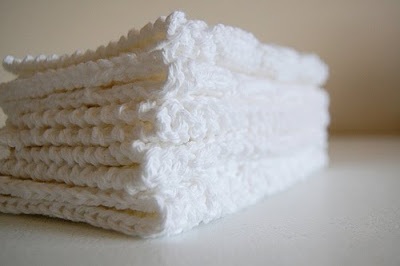 Lots and lots of white dishcloths, per a request! I have been busy making dishcloths out of white, white and more white. After I made the first one out of my favorite pattern, I realized that the white yarn really needed a more interesting pattern. So I whipped up the following patterns. 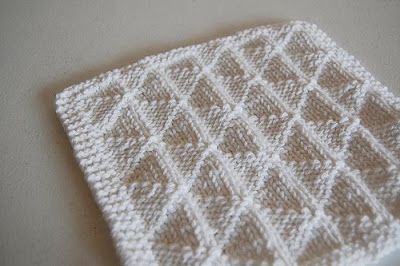 I found this pattern, which is very similar with the exception of the border and # of sts. You get the idea though. 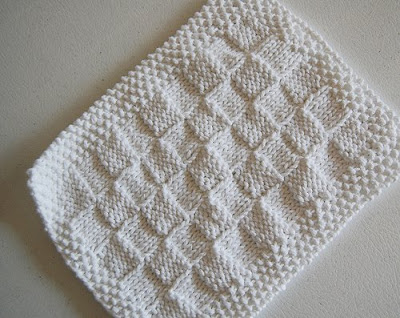 Waffle Knit - Another absolute favorite pattern of mine. 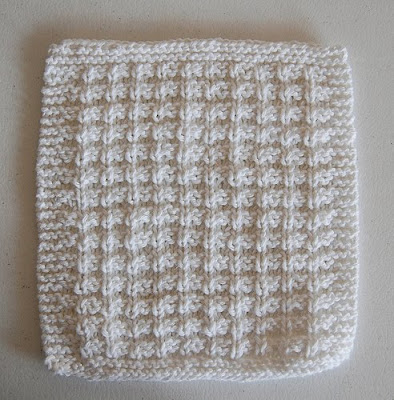 Bark Sedge - a simple pattern repeated (row 2) as such:

I finished this one off with a simple HDC border. This pattern is actually very similar to the pattern I used on the placemats I made. 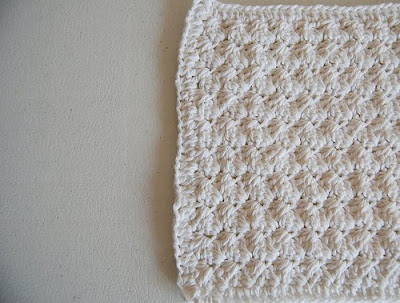 I actually had a few other "new to me" patterns that I was going to try, but never got around to it. Maybe sometime in the near future.

After all those white dishcloths, I decided to knit a couple for my kitchen. Because, we all know, I'm addicted to this pattern! 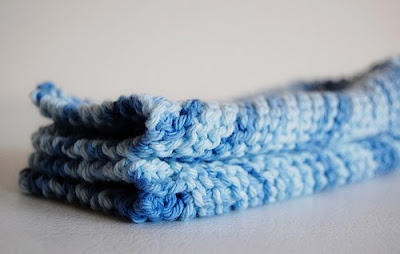 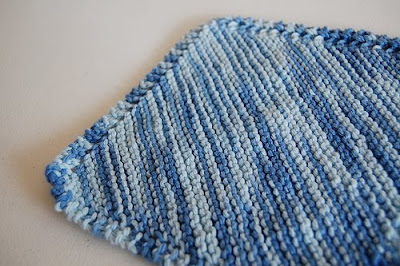 Thanks for including the patterns! They look so crisp in white. I think I'd be sad to use and dirty them!

these look fantastic in white! I really want to make that flying geese pattern

These are wonderful - I love the white in different patterns - great look :) ((hugs))