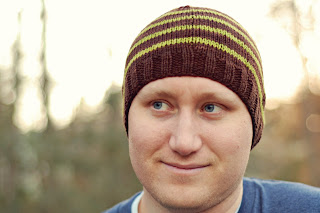 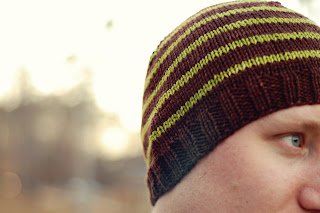 I have been wanting to make a Turn A Square Hat since I first saw it, like several years ago, but that was before I began knitting.  This was the perfect time to try out this pattern, plus, I already had some great Malabrigo Rios in my stash that would work perfectly. 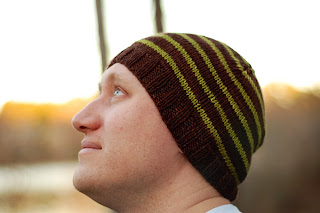 I did end up making a few changes but not much.  Here is what I did.

In the end, I thought it looked perfect and fit nicely.  Dustin was not so sure.  He wanted it slightly longer to cover more of his neck.  So being the loving wife I am, I frogged back and knit for 6" before starting the decreases. A simple hat that should have taken me a day to make ended up taking 5.  But he likes it and it fits, and the best part --- He will wear it!  I'd say it is another successful project. 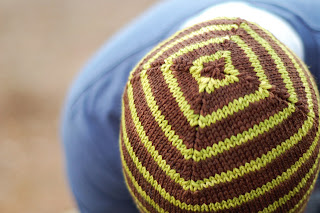